The Order of Saint Clare

Known as one of the strictest orders of nuns, it is still lacking for Isabella. 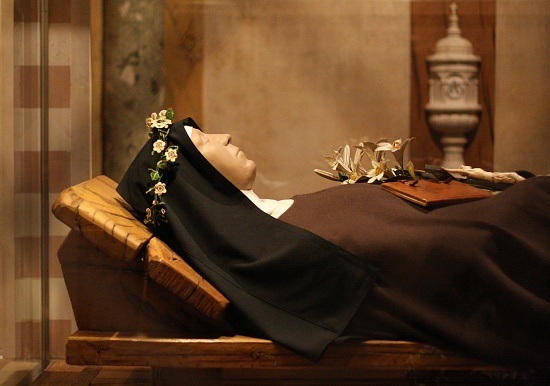 The wax figure of Saint Clare of Assisi at Basilica of Saint Clare, in Italy.
The Order of Saint Clare, the "Poor Clares," is extremely strict. It was founded 1212 after Clare of Assisi. As a young girl, Clare was devoted to prayer. At 12, she was engaged to a man but she demanded that her parents wait until she was eighteen to marry her. At eighteen, she heard of Saint Francis' teachings, and ran away to meet him. He cut her hair and put her in the Benedictine order. Clare soon became the head of her order, and was later appointed the abbess of San Damiano.

After Saint Francis died, she continued to gather supporters for her Order and it grew quickly. Clare's Franciscan theology of joyous poverty in imitation of Christ is evident in the preachings of the Order. The Sisters, then, survive through begging. In Measure for Measure, Isabella comes to the nunnery and wishes it were even stricter, thinking that she is even too saintly for the nuns. However, throughout the course of the play Isabella must learn how to beg, as she begins almost incapable of it.

In England, the first monastery for the Order of Saint Clare was founded in the thirteenth century. Henry VIII banned and destroyed monasteries, and these were included. Small, illegal, Catholic groups formed throughout Europe and the Order of Saint Clare was one of the first to make a come back in 1609, founding a monastery in Northern France. That group eventually came back to England in the eighteenth century. 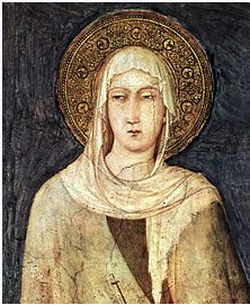