Peter Brook brought the play back to life, and since then companies are always trying to do something new with the play. It's too often set in Nazi Germany.

Mark Rylance played the Duke, the production was remounted it the following year to tour.

This production felt more like a light-hearted comedy. Rylance's Duke was clown-y, as he was often baffled and unsure of how to handle himself as a monk in the world of Vienna. This production ran at the same time as Simon McBurney's Measure at the Olivier. The productions were opposites of each other, as McBurney favored a production with no sign of redemption.

Alistair Maculay did not like the production but said that Rylance had "one lovely moment...when Isabella [Sophie Thompson] got down on her knees and begged him for the abusive Angelo’s life.... [Rylance] covered his face as if weeping with wonder and love at her selflessness" (Financial Times 07/07/04).

Simon McBruney at the Olivier

From here: "McBurney’s decidedly dark ending, in which, after the Duke’s (David Troughton) final words a distressed Isabella (Naomi Frederick) turned downstage and stared desperately out into the auditorium to the sound of a prison door clanging shut – a sound that had punctuated the production – and the lights were promptly extinguished on a fraught world of corruption in the public sphere and forced and/or loveless marriages in the private from which there was no escape. "

Critics generally favored a darker ending, although some were doubtful if McBurney's production was anything more than thrilling and starkly modern.
A review 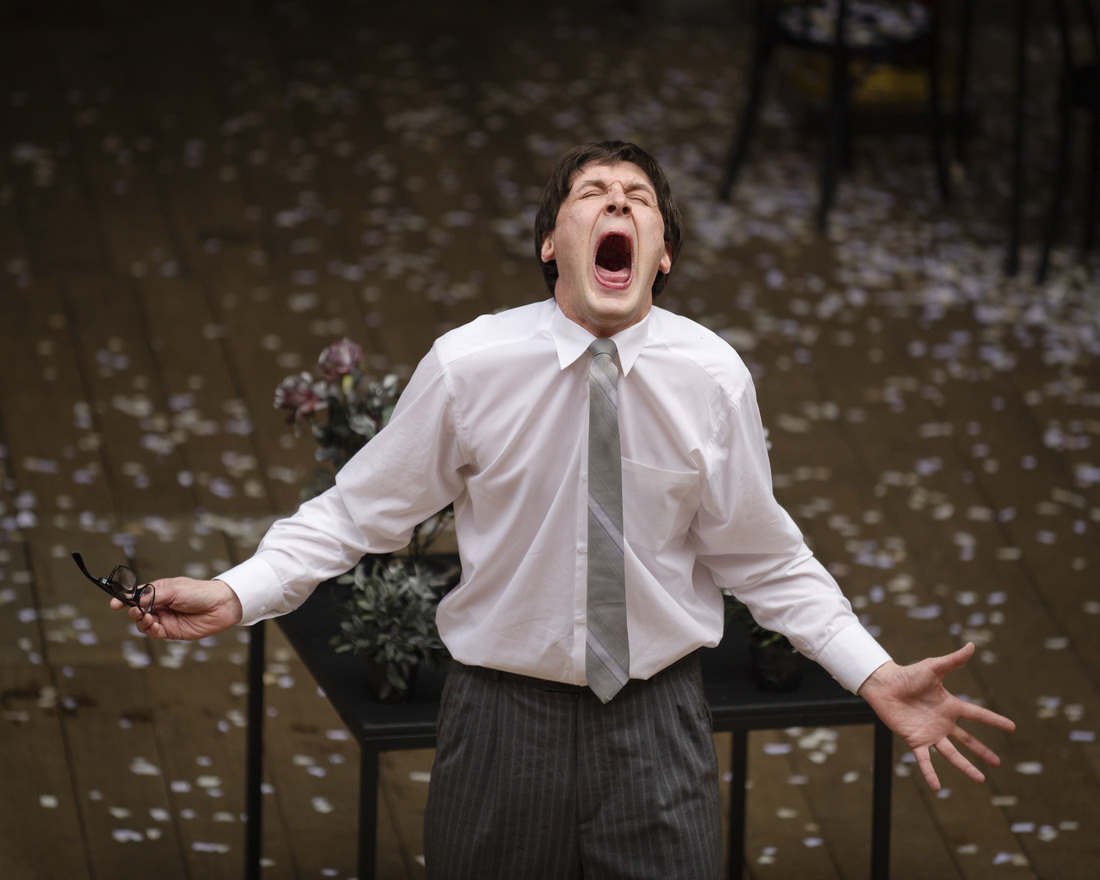 Measure for Measure Vakhangtov Theatre, Moscow Performed in Russian (C) Simon Kane
One actor played both Angelo and The Duke.

A review.  "Clearly we are meant to see the reclusive but negligent Duke and his puritanical sidekick as two sides of the same corrupt coin. But the point of the casting only becomes fully clear at the climax when we see that both characters harbour the same lust for the chaste and holy Isabella: the Duke overturns tables to grab her body, exactly as Angelo had done earlier, and leaves her angrily distraught and curled up in a foetal position."

"...even at her most ardent and imploratory, she is the inescapable object of the male gaze." 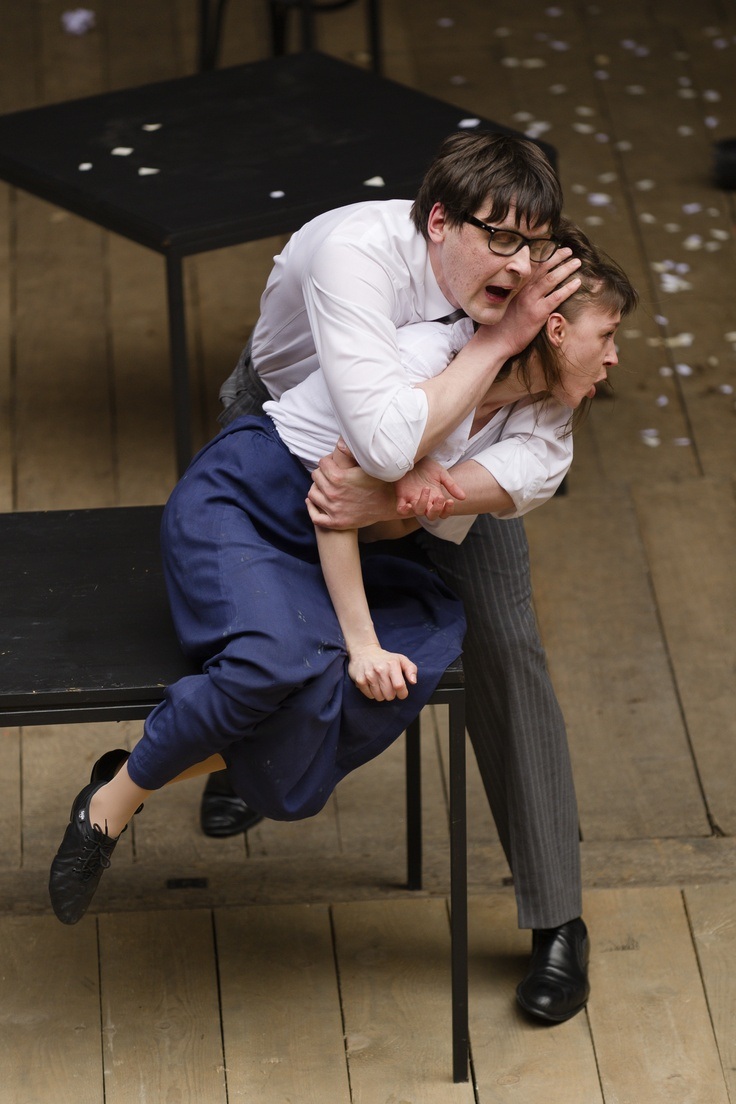 Cheek By Jowl's production about Russia

"hailed in Moscow as 'a shattering portrait of contemporary Russia' (Novaya Gazeta). " 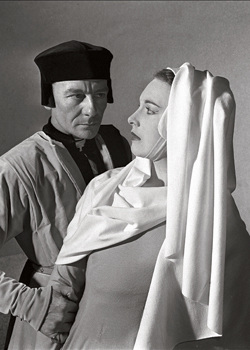 Reviews commended Brooks for "painting a picture and telling a story."

Peter Brook’s told Barbara Jefford as Isabella that she should pause for as long as she felt the audience could bear it before kneeling for Angelo’s life: the decision to pardon Angelo, who she has described only minutes earlier as a perjurer, ‘murderer’, ‘adulterous thief’, ‘hypocrite’, ‘virgin-violator’, and arch-villain’ (5.1.38-41, 57), would not be lightly made.

This Blog is a great resource